Intraosseous (IO) access is an established route of administration in resuscitation situations. Patients with serious poisoning presenting to the emergency department may require urgent antidote therapy. However, intravenous (IV) access is not always readily available.

This study reviews the current evidence for IO administration of antidotes that could be used in poisoning. The primary outcome was mortality as a surrogate of efficacy. Secondary outcomes included hemodynamic variables, electrocardiographic variables, neurological status, pharmacokinetics outcomes, and adverse effects as defined by each article.

A medical librarian created a systematic search strategy for Medline, subsequently translated to Embase, BIOSIS, PubMed, Web of Science, Cochrane, Database of Abstracts of Reviews of Effects (DARE), and the CENTRAL clinical trial register, all of which we searched from inception to 30 June 2016. Interventions included IO administration of selected antidotes. Articles included volunteer studies, poisoning, or other resuscitation contexts such as cardiac arrest, burns, dehydration, seizure, hemorrhagic shock, or undifferentiated shock. We considered all human studies and animal experiments to the exception of in vitro studies. Two reviewers independently selected studies, and a third adjudicated in case of disagreement. Three reviewers extracted all relevant data. Three reviewers evaluated the risk of bias and quality of the articles using specific scales according to each type of study design.

A total of 47 publications (46 articles and one abstract) met our inclusion criteria and described IO administration of 13 different antidotes. These included one case series and 21 case reports describing 26 patients, and 25 animal experiments. Of those, seven human case reports and four animal experiments specifically reported the use of antidotes in poisoning. Human case reports suggested favorable outcomes with IO use of atropine, diazepam, hydroxocobalamin, insulin, lipid emulsion, methylene blue, phentolamine, prothrombin complex concentrate, and sodium bicarbonate. Clinical outcomes varied according to the antidote used. The only reported adverse event was ventricular tachycardia following IO naloxone. Regarding the animal experiments, IO administration of lipid emulsion and of hydroxocobalamin showed improved survival in bupivacaine-poisoned rats and in cyanide-intoxicated swine, respectively. Animal data also suggested an equivalent bio-availability between IO and IV administration for atropine, calcium chloride, dextrose 50%, diazepam, methylene blue, pralidoxime, and sodium bicarbonate. Adverse effect reporting of fat emboli after IO administration of sodium bicarbonate, for example, was conflicting due to the significant heterogeneity in the timing of lung examination across studies.

The evidence supporting the use of IO route for the administration of antidotes in a context of poisoning is scarce. The majority of the evidence consists of case reports and animal experiments. Common antidotes such as acetylcysteine, fomepizole, and digoxin-specific antibody fragments have not been studied or reported with the use of the IO route. Despite the low-quality evidence available, IO access is a potential option for antidotal treatments in toxicological resuscitation when IV access is unavailable. 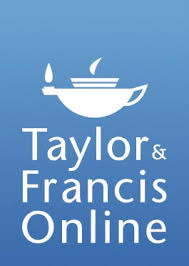