There are about 900 tick species worldwide. Ticks are Acari that parasitize most vertebrates, including humans, by feeding on their blood.

In Québec, 12 tick species have been identified so far. Some tick species are reservoirs and vectors of viruses, bacteria and parasites: they are the second leading vector of human disease, after the mosquito. The black-legged tick (Ixodes scapularis) is the tick that transmits the bacterium Borrelia burgdorferi, the agent responsible for Lyme disease (in french). 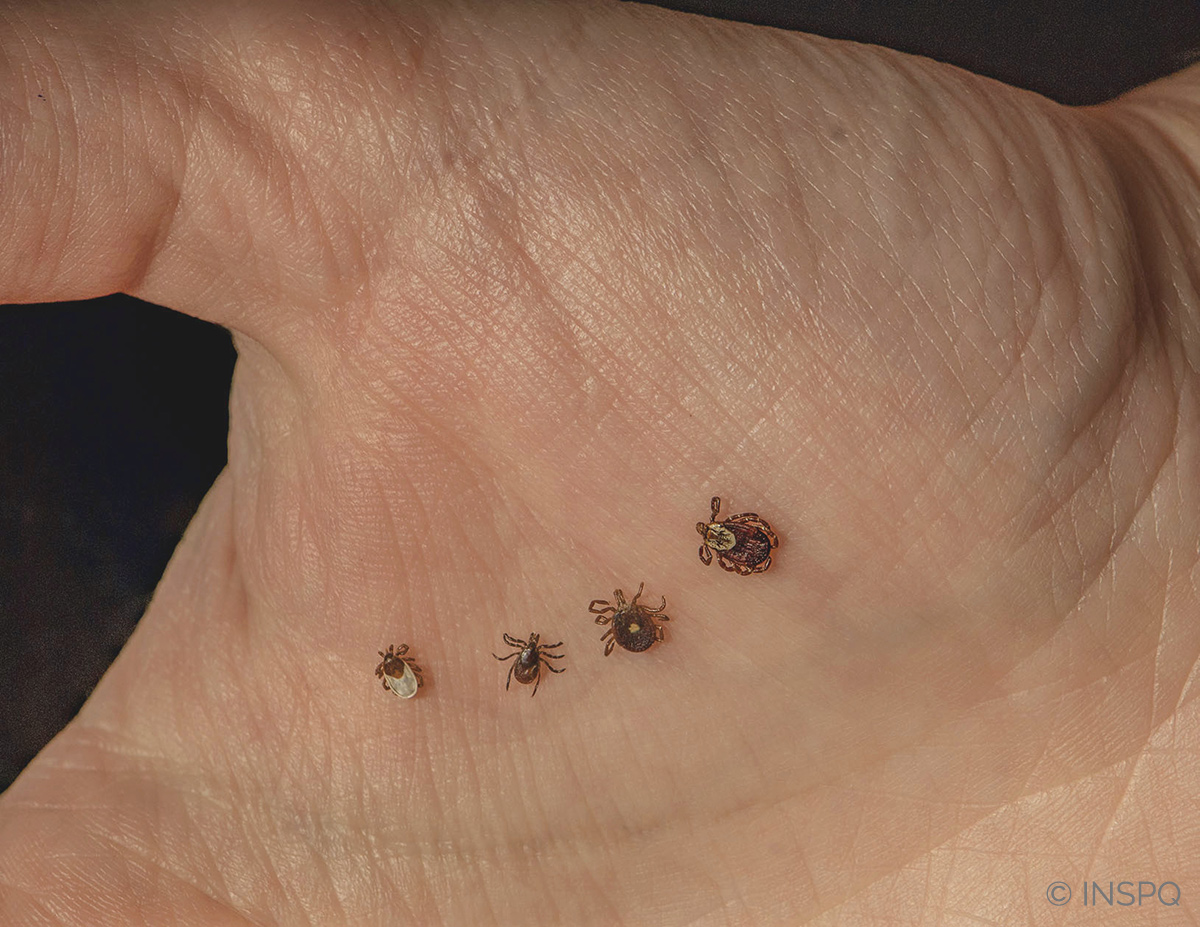 You have found a tick on a human or animal

If you have found a tick on a human or animal and it is still attached to the skin, you should immediately remove the tick. Once the tick has been removed, follow the steps below to identify it, referring to the ticks pictured below to determine if it is potentially a carrier of Lyme disease, or another species of tick.

Steps for identifying a tick