In June 2021, British Columbia experienced an unprecedented heat wave. In the town of Lytton, the temperature reached 49.6 °C, the hottest temperature ever recorded in Canada. The Province’s chief coroner observed a significant increase in mortality (619 deaths, the majority of which were among seniors) associated with this extreme heat event. And this was not the only large-scale disaster of the year; atmospheric rivers, floods, and forest fires also wreaked havoc, while the COVID-19 pandemic and the opioid crisis were still raging in the province.

These various climate events and concurrent health crises have had a significant impact on BC resources at the local, regional and provincial levels, across sectors. Dr. Martin Lavoie will describe how public health authorities navigated these storms, which had cascading negative effects on the health and safety of the population and impacted health and civil security services, infrastructure, the economy, transportation, quality of life, employment, the real estate market, food sources, water and air quality, etc.

At the end of this conference, participants will be able to: 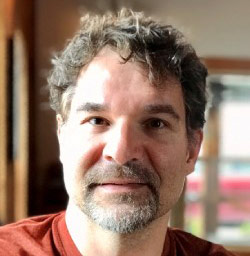 Martin Lavoie has been serving as Deputy Provincial Health Officer at the British Columbia Ministry of Health since July 2020. After obtaining his medical degree in community medicine from Université de Montréal, he began his career at the Direction régionale de santé publique de Lanaudière, then provided part-time support to the Direction régionale de l’Abitibi-Témiscamingue as Deputy Director of Public Health from 1999 to 2001. In 2002, he moved to Alberta, where he served in several capacities at the regional and provincial levels, including as Acting Chief Medical Officer of Health for Alberta in 2015–2016. In 2017, he joined the British Columbia public health network. Dr. Lavoie has served on numerous national and provincial committees, including the National Advisory Committee on Immunization. He has been a clinical associate professor in university-affiliated departments of public health and preventive medicine where he worked.

Keynote speeches will be broadcast live!